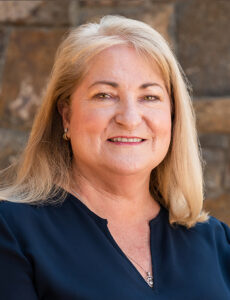 Janice moved to Mammoth Lakes in 1998 with her husband and son with a plan to work and enjoy the mountain lifestyle.  Growing up near the beach in southern California, Janice attended school and went to Long Beach City College for Business Administration.  While attending LBCC, Janice worked at the Long Beach District Board of Realtors as the Multiple Listing Secretary and Membership Secretary.  After 7-years with the LB Board of Realtors, Janice and her husband moved to the High Desert; Acton CA in 1985, where they purchased a small ranch on 2-acres, raised their son, raised horses and other small ranch animals.  In 1985, Janice was hired by the Jet Propulsion Laboratory (JPL) as an Engineering Liaison and Financial Administrator for multiple Space Projects.  During Janice’s 13-years at JPL (1985 to 1998) she worked with several engineering teams; most notable are the Mars Pathfinder Sojourner, and the Shuttle Radar Topography Mapper (SRTM) teams.    Janice, her husband, and son were invited to Cape Canaveral, FL with the JPL Engineering Team to witness the launch of Mars Pathfinder Sojourner, which landed successfully on Mars on July 4, 1997.  Making the decision to leave JPL in 1998 was difficult but purchasing a home in Crowley Lake and starting a new lifestyle in the mountains has been worth it.

Janice met George Fowler (Founder and past Broker-Owner of Coldwell Banker Mammoth Real Estate) through a mutual friend in 1999.  She was already working full-time as the Office Manager of the Mono County Office of Education when George persuaded her to accept a part-time position to work for him as his bookkeeper and personal assistant.  After a short time, Janice left the Office of Education to work for George Fowler full-time.  Today, 23-years later, Janice is the Office Manager and Vice President of Coldwell Banker Mammoth Real Estate.